Bus service throughout the region has been enhanced as the Central Ohio Transit Authority (COTA) launched a redesigned bus network in May 2017. The redesign is a complete overhaul of the COTA network that provides simplified routes, increased frequency, connections to more places, reduced bus congestion downtown, and service to more jobs. Customers are encouraged to use the Trip Planner on COTA’s website at COTA.com/TSR to plan their new trip.

View the map below to see impacts to Worthington service. 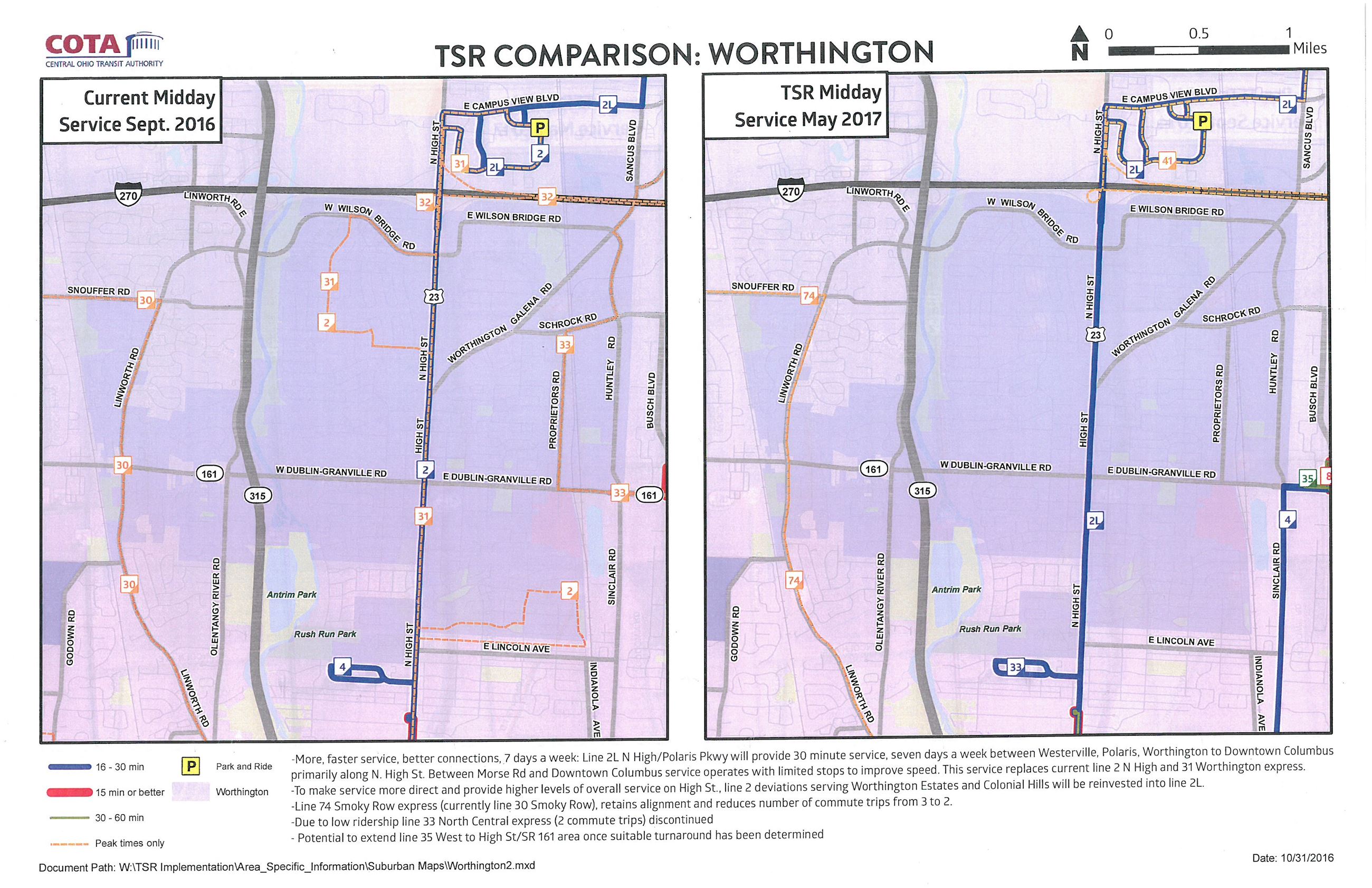 In 2016, a number of possible routes were studied in attempts to make the connection between the existing #2 north-south route on High Street and the new proposed #35 east-west route connecting to Easton and the new Northland Transit Center as part of the CMAX Bus Rapid Transit project on Cleveland Avenue.

Public meetings were held and feedback gathered from residents in two areas identified for consideration: Hartford Street by the Old Worthington Library; and Emerson Avenue between West Selby and Lincoln. Based on feedback, it has been determined that further study is necessary before moving forward. There will be additional research and public involvement at a later date to determine a possible east-west connection point in Worthington.