About the Finance Department

The Finance Department is responsible for the receipt and disbursement of public monies received by the City of Worthington.

As part of the City of Worthington's commitment to transparency and open government, the City makes financial reports, annual budget documents, and presentations available online for public review. Residents are encouraged to review the information to more fully understand the financial health of the city, as well as the key objectives and goals behind the City's budget decisions.

Special This Week News column: Learn more about the budget process and how you can become informed and involved.

For a more detailed overview of the City’s finances, view the 2020 Comprehensive Annual Financial Report. 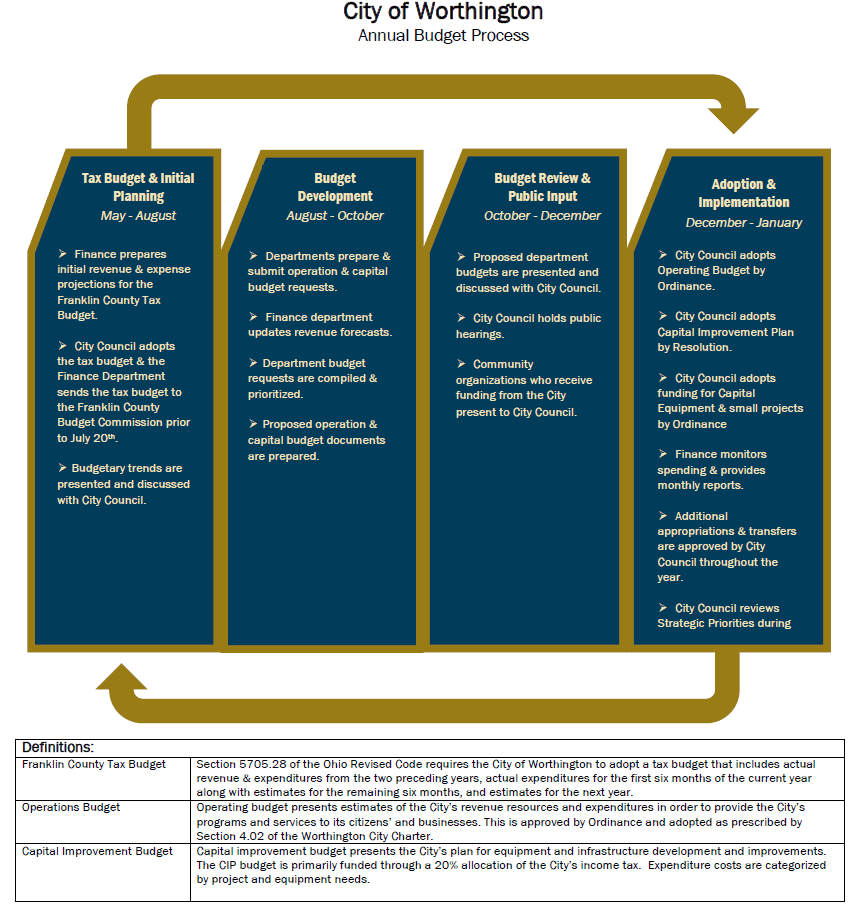 City of Worthington Recognized with Financial State Award of Distinction

The Auditor’s Office presents the Auditor of State Award with Distinction to local governments and school districts upon the completion of a financial audit. Entities that receive the award meet criteria of a “clean” audit report.

The City of Worthington has been awarded a AAA Bond Rating by S&P Global Ratings, citing the City’s very strong financial management and stability. AAA is the highest bond rating a municipality can receive, with just a small percentage of cities achieving the highest score.

For the second year in a row, the City of Worthington has been awarded the Certificate of Achievement for Excellence in Financial Reporting by the Government Finance Officers Association for its Comprehensive Annual Financial Report. This year’s award is for the 2019 fiscal year report. The Certificate of Achievement is the highest form of recognition in the area of governmental accounting and financial reporting and its attainment represents a significant accomplishment by a government and its management.

Worthington tax is administered by the Regional Income Tax Agency (RITA). All residents are required to file an annual city income tax return. The current income tax rate is 2.5%. Questions about income taxes should be directed to RITA at (866) 721-7482. Learn about filing your taxes online.

Where do your Property Tax dollars go? 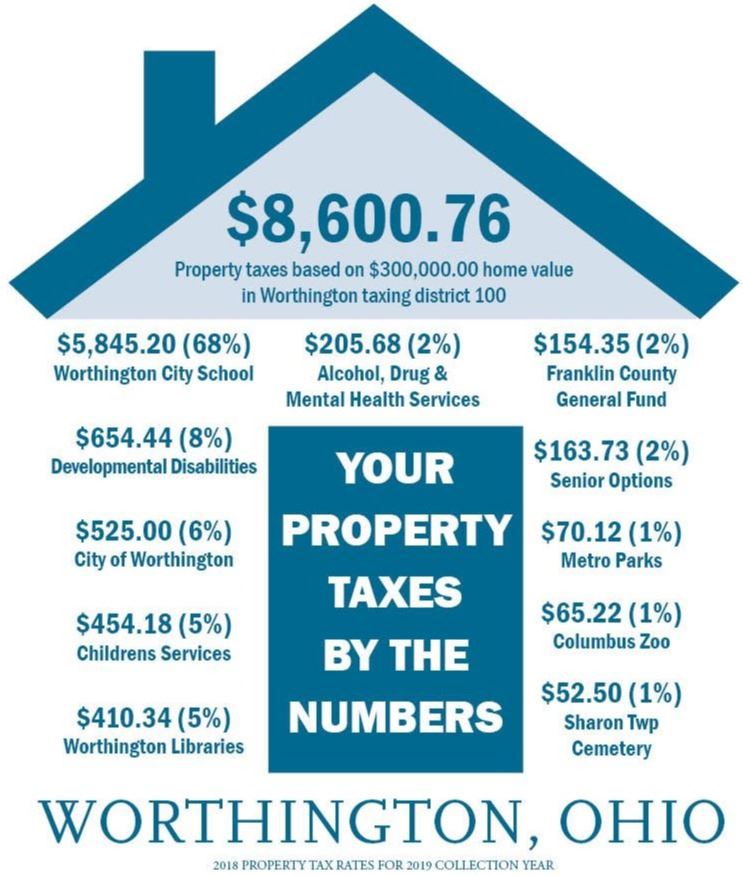