A candle is an open flame and can easily ignite any nearby combustible!

Facts & Figures
To give an example of the dangers associated with candles, consider this: during 2002, an estimated 18,000 residential fires were started by candles. This resulted in approximately 130 civilian deaths, 1,350 civilian injuries and $333 million in property loss. During 2001 and 2002 these statistics were relatively stable - that was the first time since 1991 they have not been increasing. Candles accounted for about 5% of all reported residential fires, and 40% started in bedrooms resulting in 30% of the deaths reported. 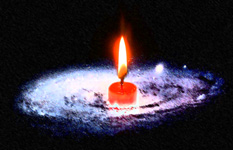